The Armine Expedition is the First expedition you’ll come across in Amazon’s New World. The recommended level for this dungeon is 25 however with a strategic plan you can conquer this dungeon whilst being a tad under-leveled.

Here are 3 ways you can complete the dungeon! Make sure you have some life potions with you and maybe some mana!

These will all be level 25 mobs until you hit Simon Grey who’s the final boss but more on that later!

The mobs should be straightforward to down because they are standard mobs that you’ve experienced before whilst playing the game. You should have a healer with you just in case it gets a bit ropey!

If you are a bit under-leveled, then be careful how many mobs you pull because too many may overpower your tank and the healer can only heal so much! 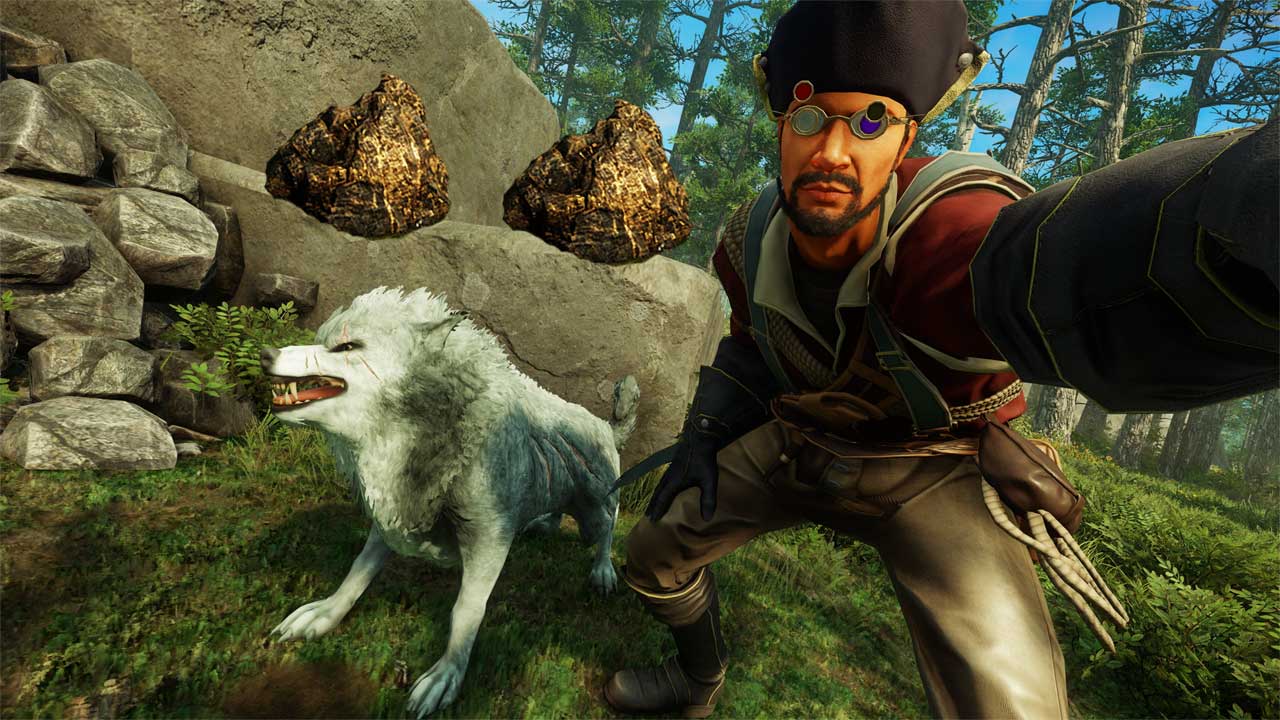 Fighting Through Packs of Mobs!

The minimal requirement for this dungeon is 3-5 players, one tank, and one healer then the rest you can fill with DPS!

The tank should ideally have a carnelian gem attached to them to generate more threat and they should attack the mobs first because they will draw their attention to them. Having a sword and shield plus the big heavy armour is a great way to draw some of the attention and tank up the hits that your DPS and healers don’t want to face! If you don’t get the agro as the tank, then you need to go taunt the mobs or get in the way whilst the person who has the agro runs away. Like the tank, it’s your job to create a barrier between the mobs and the rest of your team! If you are playing off-tank with the hammer or 2 handed axe, then you will need to play a bit more strategically and draw the mobs in with heavy CC (crowd control such as taunts, stuns, daze). This will help keep the mobs on you rather than your allies who may be squishy because they are playing the glass cannon build or playing the healer!

The healer should ideally have threat reduction gems, this way the mobs will likely not focus on you and will hopefully start attacking your other team but that’s fine if it’s not you because you need to be able to move freely and heal!

Your main goal is to keep your team alive because as a healer it’s expected of you!

As a healer, you want to try and keep your heals mostly on your tank because they should be the ones taking the most damage!

There are 3 ways in which you’ll be able to take down the final boss of the Armine Expedition!

Everyone but your team’s tank takes a life staff! This is an early level strat for players who are a bit under levelled.

The idea of this strat is the life staff with one point in its skill tree can make light and heavy attacks cost 0 mana. This way you have an unlimited resource weapon. Unlike the fire staff and ice gauntlet, you’ll burn through mana like no tomorrow and with the musket and bow you’ll be wasting arrows and bullets but with the life staff who cares if you miss it didn’t cost you anything! The strat involves the tank running around in a circle and avoiding the centre drawing the attention of Simon Grey and the mobs that he spawns. Then the team of life staff are in the middle following the boss’s movements peppering him with the unlimited ammo life staff.

Yes, it isn’t the quickest, but it is one of the most secure ways of beating this boss especially if you are a bit under levelled for this dungeon.

If slow and steady isn’t your thing then try this strat!

CC the mobs and Simon Grey! Using the hammer or 2 handed axe you can cc the mobs forever whilst your mages nuke Simon Grey. With this strategy, you’ll need your melee DPS up close and personal with Simon Grey so as soon as the mobs spawn you can take control and keep the mobs under your spells!

Doing this keeps them all in one place and your mages will most likely have AoE attacks and abilities in their arsenal so they will help you take care of them without even aiming for them. But this is all thanks to you for grouping them up and CCing them. This can be done by the tank as well, but you may find it easier when you can gravity pull them into one place or Thor smash them, so they are stunned.

By taking out the mobs it means that Simon Grey won’t get enraged by eating them and the fight will be a lot easier.

NUKE Simon Grey – With this strat you don’t need to worry about the mobs as you will be at a comfortable level to deal some serious damage to him.

Now with this, I don’t mean forget the fundamentals you still want a tank and a healer just because they are your bread and butter who hold the team together but the rest can be all DPS and the idea of this is for your tank to hold Simon Grey in place and the rest just blow him up so you can be built like a glass cannon because the tank should suffice the damage mitigation for your team whilst being topped up by your healer so your DPS can just lay into Simon Grey with all the damage they have in their arsenal!

This is a good strategy that will take you through if you are a higher level than the dungeon for example you need to complete a side mission quest and it takes you into the dungeon. Just Speed run it and nuke the big boy!

There we have it, our 3 Top strategies to defeating Simon Grey in the Armine expedition on New World! What strat did you use to complete the boss?

In this video, we used the 1st strategy but let us know how you killed him in the comments below!