Wars in New World are a Player-versus-Player (PvP) large scale battles associated with Territorial Control. Each Territory in New World is owned by a single company on each server. The faction that the company has sworn allegience too as a result has full influence in that territory. When players from opposing factions complete PvP quests, the influence in the controlling faction begins to diminish. Once the influence has been reduced to 0, an opposing company can declare war. This will trigger a War Announcement and an upcoming Siege.

How do I join the faction?

You can join a faction once you complete the early story missions. You will be able to choose between the Syndicate, Covenant and Marauders. Check out our guide on factions to learn more here.

When war is declared, players of the attacking faction can sign up at a nearby Warboard to register their interest in the war effort with a day’s notice. A company is declared the Vanguard of the war at random from the list of companies who have contributed at least 10% of the influence that was required to trigger the war. This selection is balanced to ensure companies have a fair chance at owning territories.

The time of the war is determined by the Defender’s choice. This is made before War is declared and therefore allows defenders to ensure they have enough players online to contest the war.

The Vanguard is the lead company in charge of the siege. This grants their governor selection power. The governor of the Vanguard can select who he brings to the battlefield (up to 50 players). This can be from their own company, their own faction or they can enlist support from the third non-involved faction.

If the siege is successful, the Vanguard becomes the new territory owner.

The battle for ownership takes place at the territory’s fort. Depending on how well the fort has been upgraded by the defending company, you may find the defences stronger or weaker each battle you take part in.

The attacker’s goal is to first capture 3 control points outside of the fort. Once these have been captured they can lay siege to the gates. Should the gates fall, the Attacker will be declared the Victor. Once control points are taken, attackers are able to respawn at the captured control points to maintain the pressure on the defenders.

The defender’s goal is to hold back the enemies for a set period of time. Once the time has elapsed, the defenders will be declared Victors and maintain ownership of the Territory.

As this is a siege, special equipment can be purchased by both sides to give them an edge in the battle. The attacker will need to capture a rally point to unlock the ability to spend battle tokens. You can earn battle tokens by killing opponents, destroying fortifications and enemy siege weapons. Whilst attackers will be forced to place their equipment in the field, the defenders can setup their weapons on the walls of their fort. The quality and strength of these walls will depend on the upgrades completed in the territory before the war. 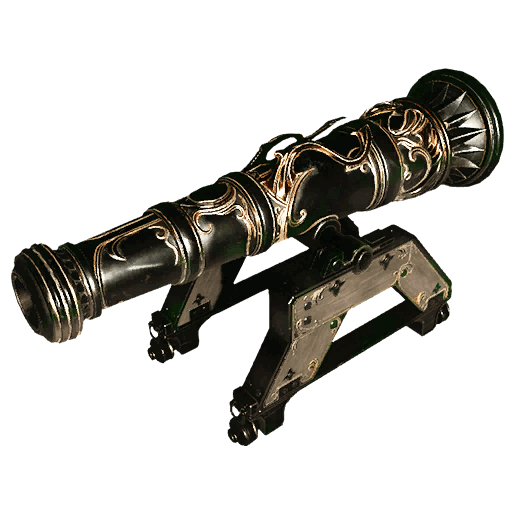 The Cannon provides destructive power with a moderate rate of fire and excels in taking down structures and slow-moving targets. In a group, several cannons deploying focused fire can quickly destroy any defensive structure. 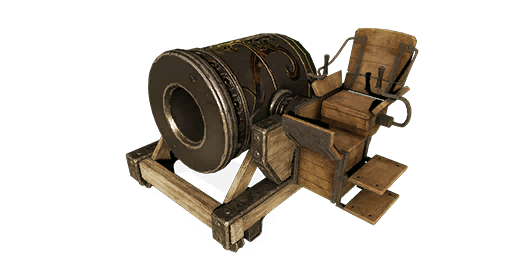 The Fire Launcher is an excellent weapon for denying enemies access to certain areas or for quickly dispersing groups of soldiers. The launcher rains flaming projectiles onto the battlefield which burst on impact, covering the ground in fire. Another effective use or the Fire Launcher is to cover the Fort’s ramparts in fire, denying archers the advantage of higher grounds. 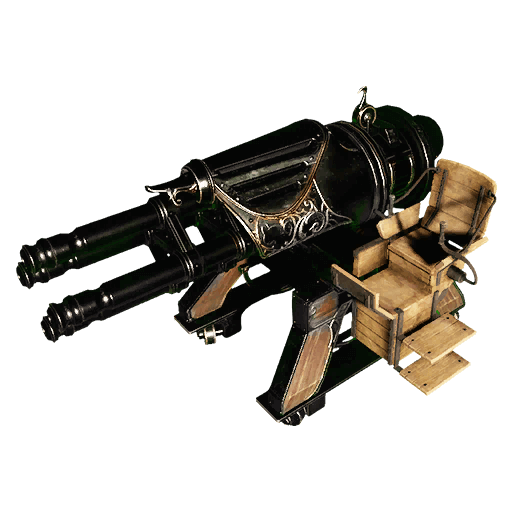 The Repeater is an effective weapon to counter small, fast-moving targets that other weapons have difficulty with. The Repeater fires several bolts at great speed. Individually, these bolts do not deal too much damage but sustained, focused fire can be devastating to enemies caught unaware. Conversely, these weapons are not the best for destroying defensive structures due to their low damage output. 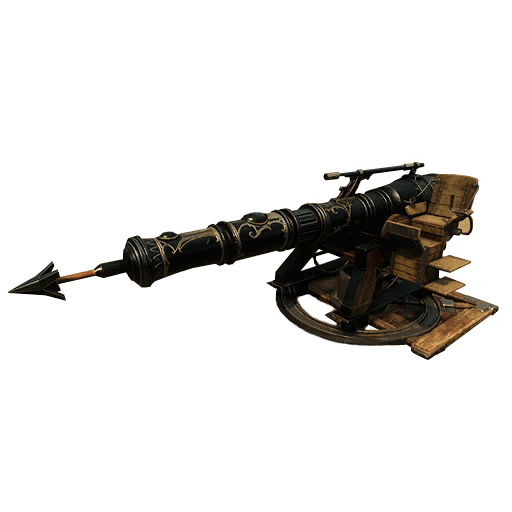 A mounted turret that shoots powerful projectiles at moderate firing speed. Use these to destroy structures as well as taking out large foes such as Brutes 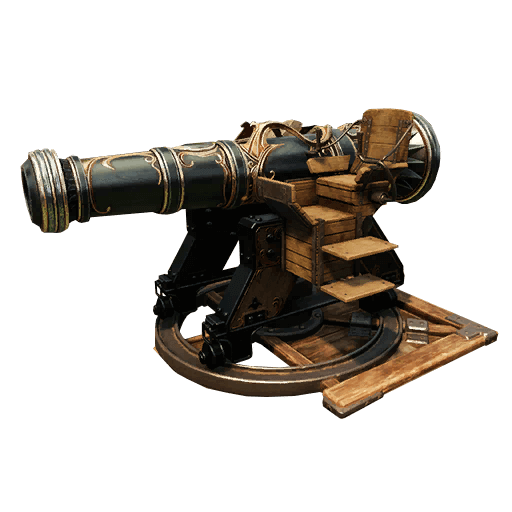 Mounted Turret that can be used to crowd-control enemies. Shots will stagger and knock enemies back making it ideal for dispersing large groups of enemies or denying access to an area. It is a relatively slow firing rate and will find it difficulty to stop fast enemies. 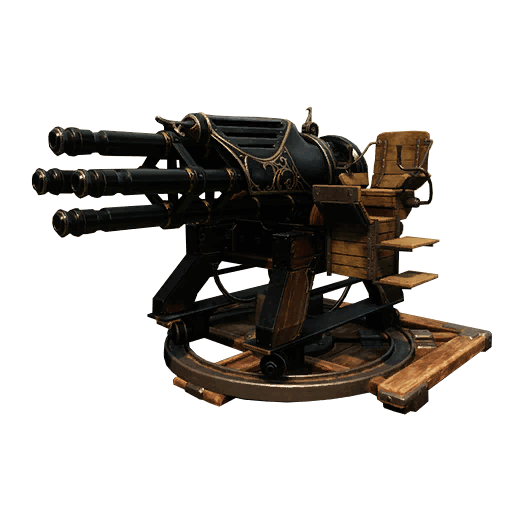 Another mounted Turret and the “Machine Gun” of invasions. It is quick to fire and will output low damage but at much faster speeds than the other turrets. This is the ideal solution for fast moving targets. 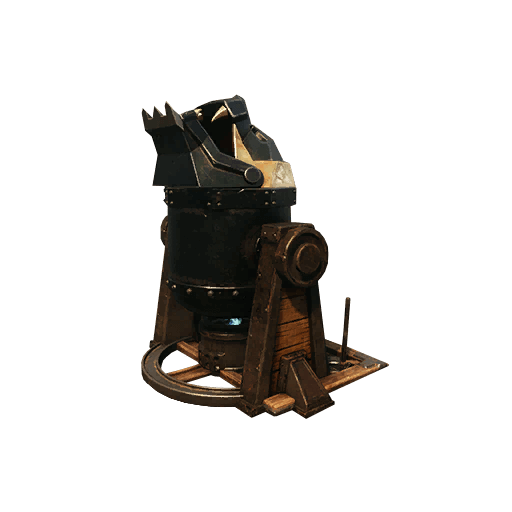 A throwback to good old Medieval Fortress defence, the Dropper is placed above gates and will drop molten liquid or oil onto enemies below. This will deal significant damage over time and can be used as a last ditch attempt to protect the gates from being breached. 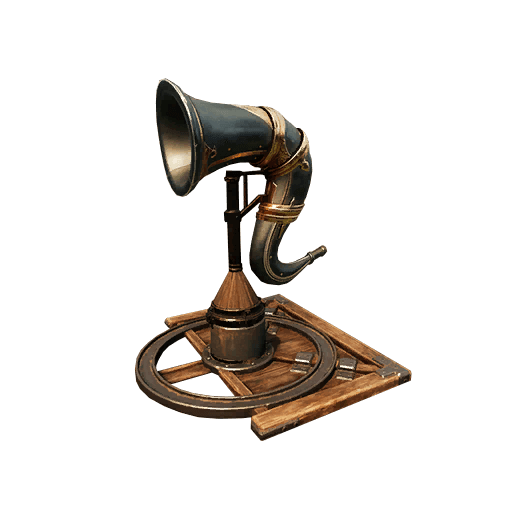 Support structure used to boost the defenders. It will provide a powerful heal and defense buff in the area it is placed. Note: This horn has a long cooldown so should be used timely.

Traps are additional equipment players can bring to the battle that can be used by both sides. These can help overwhelm strategic locations or force players back from a choke point. 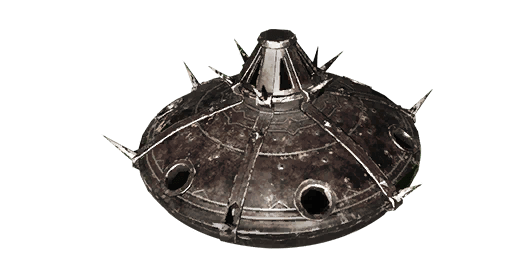 The Inferno mine is a napalm land mine that is triggered when someone approaches the mine. It will cover a large area and deal significant damage over time. This makes them incredibly useful for holding rally points.

Ya’ll want to be pirates and blow the ship wide open! With powder kegs, you can trigger an explosive damage burst and is especially useful for taking out structures and Fort Gates. The challenge is that you must manually set the fuse and continue to defend the Keg as it will only explode when the fuse duration expires and will be destroyed without an explosion if the Defenders or attacks can do enough damage with it.

Reaping the Rewards of Battle!

Players will receive a bulk of experience, gold and rewards depending on their contribution in battle regardless if they win or lose the battle.

If a company fails to defend their territory they will hand over the territory in its entirety. Player owned houses will remain under the owner however they will lose all benefits gained from owning the territory. The defending company will then have to regroup and regain influence to attempt to declare war and reclaim their land.